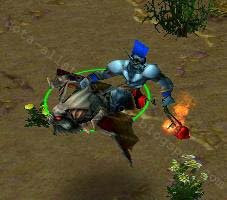 Batrider Guide and Strategy. Jin’zakk the Batrider is one of the new hero that added on Dota 6.60 along with Tauren Chieftain, not forgetting Razor remake. In this post i will give you some peek about Batrider skills and ability along with the guide. This guide is still on proggress, so any feedback or suggestion from you is really helpfull 🙂

Targets an area and drenches it in oil. Slows the movement speed and turn rate of units in that area. Extra casts of this on the same targets stacks.

Any fire damage from batrider will ignite the napalm, dealing damage for each stack.

Fire damage is any regular batrider attack, flamebreak or firefly 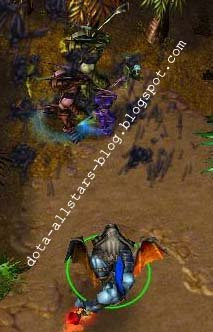 See the status? They are ready to combust ;p 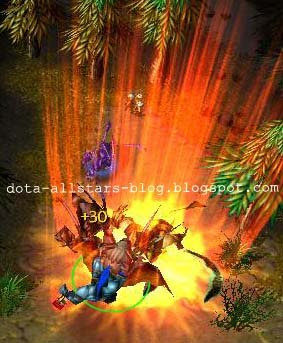 Hurls a highly explosive cocktail of dangerous chemicals at the target position. Upon impacting with an enemy the missile explodes, dealing damage and knocking all nearby foes away from the impact. Any unit who has been Napalmed will take additional damage from the blast. 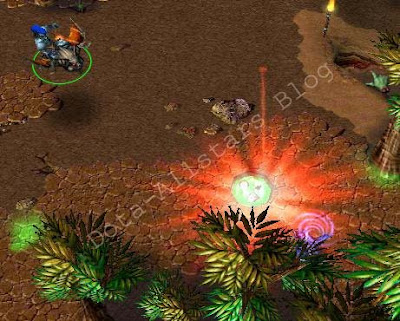 This skill can knockback your enemy.

Flies high leaving a burning trail behind. Enemies who dare follow will get burned by the fiery napalm. Nothing can take the skies from him.

Trees in your path are killed by the fire.
Gives you flying pathing

The coolest Batrider skill in my opinion. It looks like Windrunner ultimate when it still on Beta Stage. You can goes through trees and cliffs and burn whatever in your path for a while when activate this skill.

Snags a target with a constricting lasso, allowing the Batrider to drag them behind him as he moves.

Does not drag units over cliffs or impassable terrain.

If you TP or blink away or get ported away, the lasso breaks. 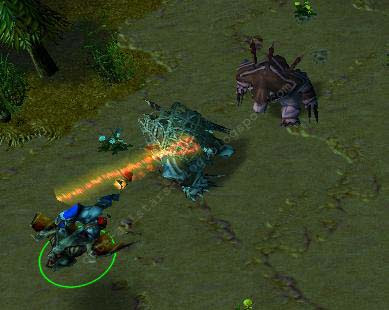 Ok, this skill is like Rhasta’s skill but not channeling and you can move around drag your victim anywhere. In the Beta version you can even use Town Portal while lasso your enemies and drag him to the base ^^ But now TP/blink is cancelling this skill 😉

Firefly taken as first skill to help you avoid level 1 gank. Just go to the hill if they intend to do so. Next max either Sticky Napalm and Flame Break. Personally i prefer maxing Flame Break first because it has knockback. If you want to last hitting, getting Sticky Napalm offers you a better creep kill. Just cast 1-3 times will add 30-45 damage for 45 mana. Pretty cheap. Get the ultimate as soon as possible. This will be a great tool for ganking.

This items build is for maxing your potential as a ganker. Since Phase Boots is not compatible, using Boots of Travel combined with Firefly is a great choice to chase the enemies while slowing them with Sticky Napalm. Bracers to add some HP and Void Stone will cover your mana regen. Force Staff is used to help catch the enemies. Flaming Lasso has short range cast. With Force Staff you can push enemies heroes to your range (need great timing) or push yourself to them (easier, but more risky as you’re the one who come to them). Why not Dagger? I prefer Force Staff because it adds more Intelligence and relatively same purpose with dagger. Force Staff also add damage and attack speed which you’re lack of.

Get Guinsoo for additional disable, great for ganking. Bloodstone also gives you health and mana, let you spam your skills on team battles. Shiva’s Guard for additional AoE attack.

Lothar is actually not a bad item for him. Windwalk and immediately pulling one heroes into your team is sure a good idea. The drawback is that it easily counterable with Dust/Gem.

Dagger is also viable for Batrider. Blink into your enemy and capture it. But i prefer Force Staff to help land his ulti though.

This guide is still improving and need some feedback. But what about you? Have different idea or skillsets? Share it here 😉