Storm Spirit Guide – Raijin Thunderkeg Build and Strategy (after Dota 6.58 remake). Along with Dirge the Undying, Storm Spirit now is having new skill set on Dota-Allstars 6.58. Before the remake, Storm Spirit is DPS hero that’s aim for damage items. But now, his skill is more absolutely mana dependent. But before we think about the new strategies, let’s take a look on his new skills.

Static Remnant
—————–
Raijin creates a remnant of himself containing his essence. The Static Remnant will release its stored energy whenever an enemy units comes near it. Lasts up to 12 seconds.

Takes 1 second to create after cast. This is not channeling, just time delayed. 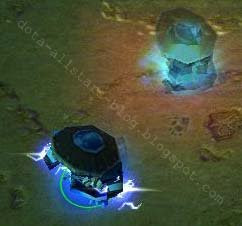 Note: Remember, the cooldown is only 4 seconds, so you can stack it until 3 Remnant in one place. Use this as your farming tool and your only nuke. Another thing is that your Remnant is not invisible.

Electric Vortex
—————–
Storm focuses his energy to rip open a vortex drawing an enemy to it. This process slows the Storm Spirit down for a brief period.

Note: Great spell for ganking. Ball Lightning and combine it with Vortex and immediately Remnant. Most of your enemy won’t be able to escape. Please note that this can cancel Town Portal, channeling spell. And while you hold it, enemy can’t cast spell.

Overload
———
Storm Spirit becomes overloaded with electrical energy whenever he casts a spell. The charge is released on his next attack as an electrical burst, dealing damage and slowing nearby units. 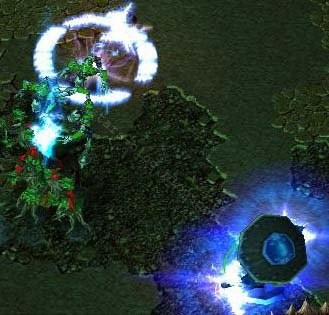 Note: Combine this with your other spell to slow down your enemy. Remember, Ball Lightning will also give you an Overload charge.

Ball Lightning
—————
Storm Spirit becomes enveloped with energy, losing his physical form, and travels until he depletes his mana or chooses to stop. While in this form, he deals damage to nearby units based on how far his electrical form has traversed. Damage, speed and area of effect improves per level.

Stops traveling whenever you run out of mana. Deals damage in a small area around you based on distance traveled. 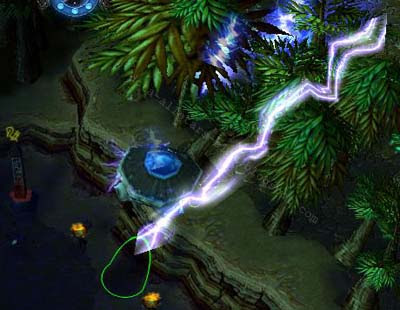 Travel speed and damage AoE improves per level.
You can cast spells like Static Remnant during your roll if you are quick enough.
Specific interactions with spells/projectiles follow the same rules as Waveform does.

Note: I think this skill is Imba! Despite of the mana depleted, the cooldown is 0(zero) and this make huge difference in battle. An enemy escaped? Use this to chase him. Trust me, you won’t believe how much this can surprise your enemy. You get ganked? Use this to rolling out as far as you can or just simply rolling into the cliff. Don’t use this to hide into the tree because the tree will falling off and they still can chase you (i learn this by mistake T_T). Once you got your Bloodstone, you can maximize the potential of this skill.

If you are not soloing, you can leveling up Vortex before Remnant to catch a kill with your partner.

Item Build
Aim Bloodstone as fast as you can! The massive mana regen that you gain for each kill on Bloodstone is really support this hero. My item build order is:
1. 2 Null + 2 Branch + 2 set of Tangoes
2. Void Stone
3. Ring of Health
4. Point Booster
5. Energy Booster
6. Finish Bloodstone

You can buy shoes before Point Booster or RoH.

Just remember one thing, Ball Lightning is having 0 cooldown! If you are missed your target, just keep chasing it. You also suddenly surprise the low HP enemy from very far distance with your Ball Lightning. Use this hero for ganking, this is his role now. The only mistake i made with this hero is when i keep farming in early-mid game like the old Storm and waste his ganking potential.

Ball Lightning will make you hard to kill. Keep some mana for rolling and you will be safe. The only chances i got raped is with Sheep stick ^_^”

I know this hero is rather more difficult to use than the previous, but prefer this new one. It’s more entertaining and remind me of Kungfu Panda…