Deep in the Forgotten Forests there is money to be made. No one knows this, and the dangers that lie within better than the goblin inventor Rizzrak. Combining heavy onboard weapons with the ability to clear an entire field of timber with ease, Rizzrak created a machine that’s as deadly as it is economical. With a detachable saw, brush clearing blades, and a tree grabbing chain Rizzrak is as threatening to his enemies as he is to a fresh sapling. Rizzrak’s may not be a noble spirit, but the Sentinels money is as good as any, as long as he keeps his grubbing hands off the Tree of Life! 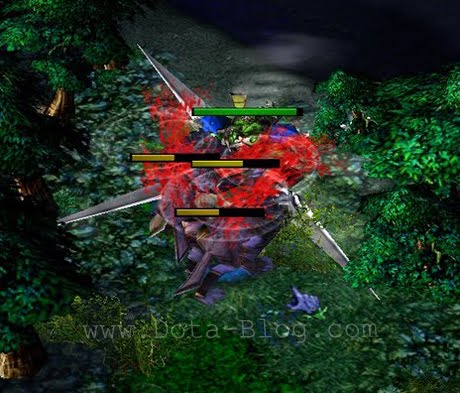 Goblin Shredder whirls extremely sharp edges dealing damage and reducing primary attribute of any unfortunate enemy hero who comes in a 300 AOE around him. Deals Pure damage if it cuts down trees in the process. Lowers primary attribute by 15% for 7 seconds. 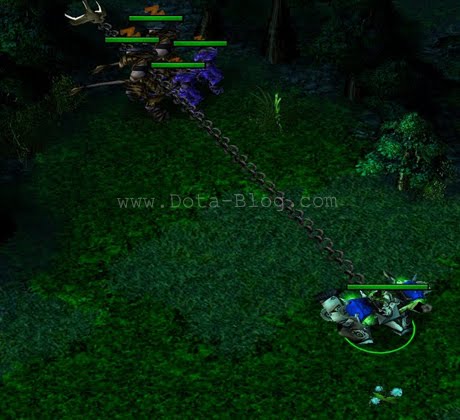 Fires a chain that embeds itself in the first tree it hits, pulling you to it and cutting any enemy in your path for pure damage.

Note: You will not be pulled in if you are stunned when the chain latches onto a tree
Ability Code: A2E3

What doesn’t kill ya makes ya stronger! Every physical attack made on Rizzrak increases his armor and gives him bonus hp regen. Each stack lasts for 16 seconds. 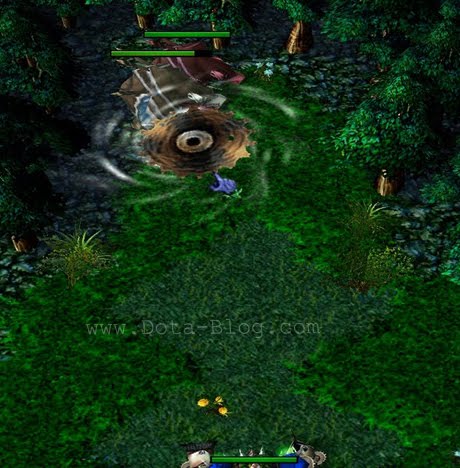 Fires your main saw blade at the target location, and once there the blade will spin, dealing damage in an AoE around it and slowing enemies by 5% for every 5% of health they are missing. The blade deals pure damage and cuts down trees in its path when fired and retracted. You lose the ability to attack while the blade is out.